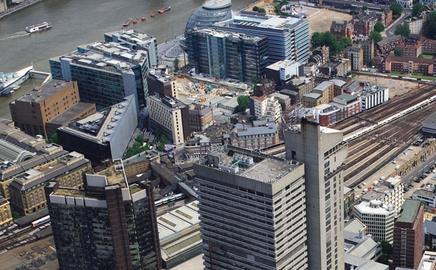 Building understands longlisted bidders were told last week that they would take part in a selection process this week to whittle them down to a shortlist. Those in the running include Foster + Partners with Vinci; Zaha Hadid with Balfour Beatty; Make with Mace; Hopkins Architects with Skanska; and Rogers Stirk Harbour + Partners with Laing O’Rourke.

The RIBA is running a design competition on behalf of the hospital trust, chaired by architects Simon Allford, from Allford Hall Monaghan Morris, and Eric Parry to select a firm. Parry was drafted in at the last minute after original judge Spencer de Grey stepped down to allow his firm Foster + Partners to bid. The trust is due to announce the shortlist for the 11-storey, 12,500m2 building early next week.

Contractors Bovis Lend Lease, Brookfield, Kier and Shepherd, working with Will Allsop at RMJM, have also been reported to be on the longlist. However, Morgan Ashurst, working with Watkins Gray International, who designed the existing tower for Guy’s hospital (pictured), and Danish architect BIG missed out. In addition, a team comprising Sir Robert McAlpine and architect Rafael Viñoly is reported to have lost out.

One bidder said: “This is a job everyone wants to do – it’s a great client, with a great track record of commissioning buildings, and for a worthwhile cause.”

The competition is the latest in a huge construction programme at the hospital trust. Guy’s hospital has commissioned BDP and Marks Barfield to masterplan a £350m redevelopment of its London Bridge estate, including a further cancer treatment centre worth £200m.