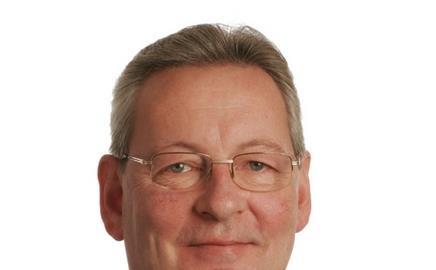 Property consultant Watts has barely had time to pause for breath. Having just completed the transition from partnership to plc, it is about to embark on an ambitious five-year plan to open new offices in Europe, expand its environmental division and launch a training academy.

The decision to end the company’s partnership model after 40 years and convert to a plc was a vital precursor to the planned changes. Jo Stocks, Watts’ chief executive, winces when asked if the transition was difficult, but says: “Partnerships are a law unto themselves and they are not a good arena for getting things done quickly.” He explains that even with a management board, major decisions would have to go out to all the equity partners, which would slow up the process of growth.

At the end of January Watts officially became a plc and for Stocks the benefits are numerous: “A plc sounds better, it has more credibility and there are fewer constraints from the bank when you want to borrow money.”

Once the partners had agreed on the change of status, the next pressing task was to find a non-executive chairman. Most companies use headhunters or professional agencies, but Stocks had a less orthodox method. “I bumped into a fit-out contractor I knew at the station and we went for a pint. I told him I was looking for a chairman and he suggested the name of somebody I should contact.” A few interviews later and independent consultant Tony Williams became Watts’ first chairman.

Stocks is keen to talk about the consultant’s five-year plan. High on the agenda is further growth in Europe. “We want to have a genuine network in Europe and are looking at our next moves, both east and west,” he says.

In addition to its UK locations, Watts has offices in Barcelona, Berlin, Dublin, Madrid, Düsseldorf, Munich and Paris. The first of the new openings will be in the Hague and the chief executive also his eye on the Czech Republic and Scandinavia.

Stocks expects Watts’ business on the Continent to grow more than 50% over the next five years. This compares with 15-18% predicted growth in the regions and 5-8% in London.

That does not mean that the UK business will miss out on investment. “We want to expand further in the UK as well and fill gaps in our coverage, such as Newcastle on Tyne.”

Watts currently has eight offices in the domestic market including Belfast, Edinburgh and Manchester.

These plans may seem ambitious but Stocks says the company has always had “genuine foresight” when it comes to growing the business. Founded in 1967 by Ted Watts with a focus on public sector work, it was based in the South-east before moving to central London in the early eighties. This was followed a few years later by the launch of a regional network before the company moved into Europe in the early nineties.

Its portfolio of services has changed in that time. It now has a large private sector customer base and offers technical, due diligence, project management, cost consultancy and environmental management services.

Under Stocks’ plans the last will become an increasingly important part of the business. “At the moment the environmental business is concentrated in London and the South-east,” he says.” The plan is to offer the same service across all our offices in the UK and Europe” – and, presumably, to hope that “genuine foresight” works its magic.

If your company would like advice on tax or accounting, visit www.building.co.uk/smeexpert and submit a question