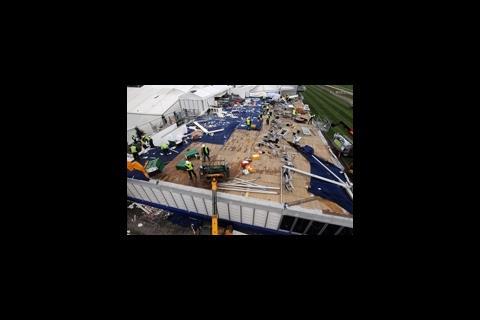 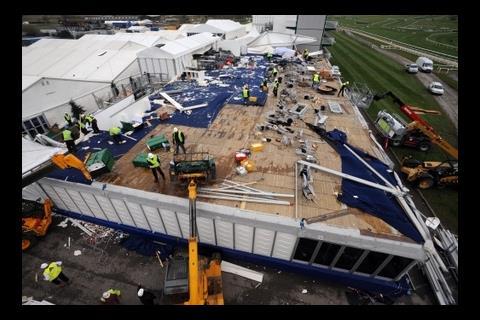 The organisers managed to keep going on Monday despite the roof of the VIP hospitality stand having flown off in the night and forecast winds of 80km per hour (50mph).

The clerk of the house, Simon Claisse, said at the time that he had been told the worst weather had gone through.

But high winds last night and this morning have caused further problems, and the marquees in the tented hospitality area have today been ruled unsafe, forcing the races to be called off.

Today's races will instead be spread across Thursday's and Friday's meetings.

Edward Gillespie, managing director of Cheltenham racecourse, told the BBC: “On Tuesday night we had a forecast indicating wind speeds with gusts of over 50mph up to and including Wednesday afternoon. That means that many of the temporary facilities might not be safe.

“We have had one structure blow over this morning at 0700 while at the moment the tented village is not a safe site.”

The last time weather forced cancellation at Cheltenham was in 1978, when problems were caused by snow.