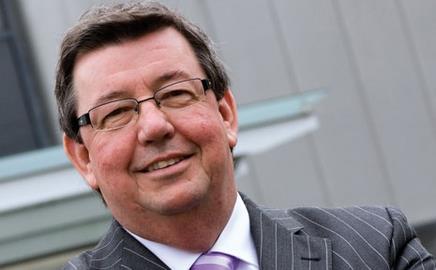 “I suppose we could have dealt better with the press interest,” admits John Worrall, managing director of Cardiff contractor Stradform, “but hindsight is a wonderful thing”.

Worrall (right) is recalling the period late last year when news leaked that French giant Vinci was poised to buy his company for a reported £7m. Neither acknowledged the deal was happening, perhaps respecting a Gallic proclivity for privacy.

Even the price tag was shrouded in mystery and it is now believed to have been closer to double the figure that was bandied about at the time.

Stradform, an £80m-turnover company, is one in a string of regional contractors to have been snapped up by large European and UK players in a consolidating domestic market.

So what has changed in south Wales after six months of French ownership? Not much according to Worrall – at least not yet. “The staff will get hacked off if the integration is too quick. We’re in no hurry to put up new signs, for example.” The Vinci name now sits below Stradform, although in a smaller font.

Worrall was at pains to ensure the name wouldn’t disappear completely. “If it was lost within Vinci or its Norwest Holst subsidiary, we would lose recognition in the south Wales market, which is built on personal relationships and reputation.”

The Vinci factor is clearly a help though. Worrall says Stradform is making the cut onto more tender lists with the new financial muscle behind it.

But it is a two-way street. “The benefit for Vinci is that there aren’t too many people I can’t get access to in South Wales,” says Worrall.

There have also been changes on the inside. Staff are now plugged into the worldwide Vinci intranet and job board leading one of Worrall’s employees to joke that he wanted to relocate to Rio de Janeiro.

And seven staff didn’t survive the deal, including HR director Alan Kitto and Bristol director Marin Vaughan. There were also complaints from others that they had been kept in the dark about their futures during the takeover talks.

It’s a claim that both Worrall and his new boss, David Joyce, Vinci UK chief executive, play down. Joyce concedes that staff had to be kept in the dark until the deal was signed and sealed, while Worrall says employees were told as soon as possible.

Worrall himself was first told a deal had been agreed by retiring 59-year old chairman Ken Haines in July 2007. Two months later he filled the boardroom with 25 of his senior staff and Joyce made the trip from his Watford head office to explain what was happening. “They were told to filter out the message to their people, plus I spoke to about 50 more people personally,” Worrall explains.

He says other benefits of the deal are more practical, including a centrally-run IT system, an HR department and better health and pension packages.

It has also freed him of a lot of red tape. “Vinci has its own insurance company so we don’t have to deal with negotiating that. It’s great because I’ve gone back much more to running the business rather than spending time form-filling.”

And what of the tribal issues between Norwest Holst and Stradform people? Although nothing has changed in Cardiff, Stradform’s Bristol office was shut and 30 staff transferred to the Norwest Holst site a mile across town due to the overlap.

Despite suggestions from some on the ground in Bristol that there are tensions between both sets of staff, Worrall claims not to have noticed problems. “I’ve got three or four Norwest Holst people hot-desking here today. There is no banging of chests or anything like that.”

Having a watchful parent also has its pressures, of course. Worrall says that Vinci UK operates on margins of between 3% and 4% whereas Stradform operates at just under 3%. “We need to get leaner and meaner and boost the margin so we are in line with Vinci’s.”

And how does he plan to do that? “You sound just like David Joyce when you ask that,” he replies.