Stride Treglown gets into Bath with Tektus Architects 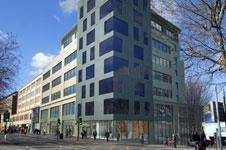 Architect Stride Treglown has acquired Tektus Architects in Bath to expand its presence in the West Country.

Tektus was founded by former Stride Treglown employee Philip Fawkner-Corbett in 1985, and several of its associates were once employed by the larger architecture practice.

Kevin Steer, chairman of Stride Treglown, said: “When we come across great companies that are interested in joining forces, like Tektus, it makes sense to work together and strengthen our offerings. Our Bath office has shown real growth since we opened it and we believe that this move will only add to that.”

The newly merged company, Stride Treglown Tektus, has already won its first UK commission to act as design and build architect for a £10.5m project for the University of Bath.