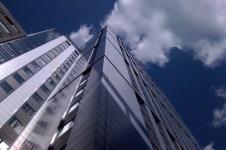 The student housing developer said 97% of its bedrooms had been let for the 2009/2010 academic year.

The group said an increse in property values had also led to an increase its portfolio and fund units.

The estimated net asset value of the group's Student Accomodation Fund at 30 September was £0.715 per unit, an increase in 0.4% in four months.

"Ongoing rental growth has been and will continue to be the key driver of the strong relative performance of the fund's property portfolio and we are delighted to report another excellent lettings performance."