HMRC will move into new Liverpool home next year 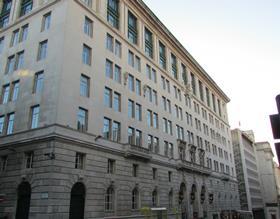 Fit out firm Styles & Wood has won a contract to refurbish a grade II listed building in Liverpool that will be a new home for the taxman.

The India Buildings (pictured) date back from the 1920s and HMRC will move in once work is complete in 2019 with the site, which is managed by Shelbourn, becoming one of its regional centres under a rationalisation programme which will see 170 offices consolidated into 13.

HMRC will move out of four buildings in the Liverpool area into the new complex whose interiors have been drawn up by local architect Falconer Chester Hall.

Styles & Wood’s work is worth £38.25m and is the firm’s first major deal since it was snapped up just before Christmas by Central Square Holdings.

The £42.5m deal means the Sale-based contractor becomes part of a group that also owns Leeds-based Southerns, a £44m turnover furniture, fittings, and equipment specialist, in which Central Square Holdings has a controlling stake.