Swansea city council has formally signed a deal with venue operator Ambassador Theatre Group to run the city’s Arena that has been designed by architect Acme.

The London-based firm, which runs the Appollo Victoria Theatre in London and the Theatre Royal in Brighton, will be in charge of the 3,500 seat venue which is due to open in 2020.

The indoor arena is planned for the city’s St David’s development site close to Swansea’s Oystermouth Road. It is part of the first phase of the wider £1.3bn Swansea Bay scheme.

The council has appointed Rivington Land to manage the regeneration of the site, which is made up of the former St David’s shopping centre and a car park.

As well as music and theatre events, the arena will host exhibitions and conferences.

Work on the 8,825sq m scheme is expected to start later this year with a contractor due to be appointed in the next few months. 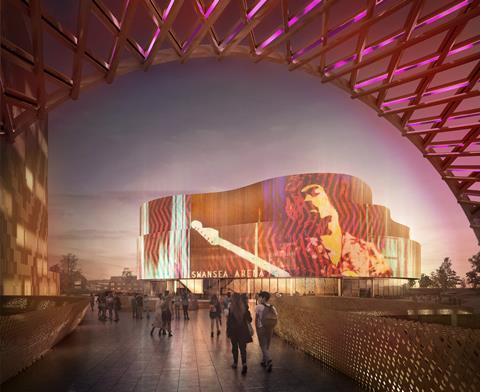