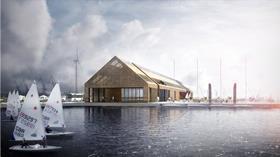 The company behind ambitious plans to build a tidal lagoon in Swansea has announced it has reached its £200m funding goal to start work on the project.

Up to 26 banks are ready to secure the estimated extra £800m needed to put the plans into action.

Last month the government launched a consultation on plans to agree a ‘strike price’ with TLP guaranteeing a fixed price for electricity generated, in order to help support the project.

If the scheme receives final approval from the government construction will begin by the end of the year.