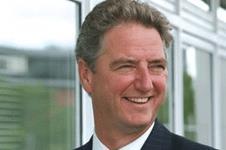 Sweett Group has issued its second profit warning in a month, after an expired foreign exchange contract cost the firm £650,000 more than it expected.

The company’s auditor notified the firm that it was liable for the charge under international accounting standards for financial instruments.

The foreign exchange contract – which had been covering Australian dollar exposures – expired at the end of March 2012.

Sweett said the announced charge would have an effect on pre-tax profit for the year ended 31 March 2012, but not on its underlying trading performance for the period.

Sweett chief executive Dean Webster said: “As a global company we operate in a number of currencies.

“During the year, the Australian dollar strengthened which meant that under the accounting standard we are required to recognise the exchange rate loss in our P+L.

“I should stress however that this is a technical requirement. It is not a reflection on our trading position and is a non cash item.”

Sweett issued a profit warning and delayed publication of its results for the 2011-12 financial year on 26 June due to delays in completing the sale of two stakes in Scottish PFI schemes.

Sweett issued an update on the sale of one of these stakes – in Dumfries and Galloway schools – on 19 July, saying that it would no longer proceed as planned.

The firm will seek an alternative means of disposing the asset during the current financial year.

The delayed sale of the other PFI stake – in Inverclyde Schools – is moving towards completion and profits will be attributed to the current financial year.

Sweett said in its update this morning that the combined effect of these planned PFI sales will result in an expected improvement of £2.2m in the firm’s net borrowing position and an increase of £1.5m to pre-tax profit for the year ended 31 March 2013.