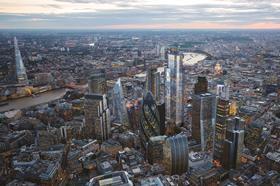 T Clarke has been selected as the preferred bidder on Lipton Rogers’ 22 Bishopsgate development, the firm said in a trading update.

The electrical contractor said the planned 62-storey tower - the tallest in London - was one of a new group of projects, with a combined contract value of £65m, where the building services firm has been selected but no contract signed.

The other contracts include Wesfield London’s 740,000 sq ft extension, Lendlease’s two buildings in The International Quarter in Stratford, which will become home to the Financial Conduct Authority and Transport for London, and an office refurbishment at 148 Old Street.

T Clarke also reported an improved cash position of £6.6m at the end of 2015, as well as a forward order book standing at £300m.

The group added that it is now tendering for projects “stretching into 2017” and expects to report full year results in line with expectations.