T5 site sealed after worker is crushed to death 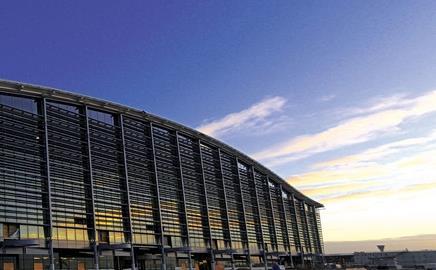 The £4.3bn Heathrow Terminal 5 site in west London was partly sealed off this week after a worker died in a lift accident.

Kevin Dawson, of subcontractor Schindler, was crushed on Saturday by a counterweight in a lift shaft near the departure lounge.

This is the second fatality on the project since it started five years ago.

The accident occurred at a time of heightened emphasis on safety in the industry, coming as the Health and Safety Executive (HSE) published guidance for company directors.

The site was closed over the weekend, and the area around the accident remained shut as Building went to press on Wednesday.

BAA said it would remain closed while the police and the HSE investigated, although it is unclear how long this will take. HSE officials started their work on Monday and remained on site as Building went to press.

Although most of the site reopened on Monday, M&E workers left the site at 1.30pm as a mark of respect for Dawson, 44. Most were back on site full-time by Tuesday.

BAA and Schindler said they would await the outcome of the investigation before reviewing procedures but urged workers to be aware of health and safety procedures.

A spokesperson for BAA said safety on T5 was a “core value”. She said: “We will continue to ensure everybody is fully aware of their own safety and that of their colleagues.”

A spokesperson for Schindler said: “We are fully co-operating with both the HSE and BAA. Schindler offers its deepest condolences to Kevin’s family and friends.”

Alan Ritchie, general secretary of Ucatt, said: “Our first reaction as a trade union is that our heart goes out to the dependents of the man that was killed. It’s a shame because T5 has done a lot for health and safety.”

Dawson had worked for Schindler for more than 20 years and on T5 for two.