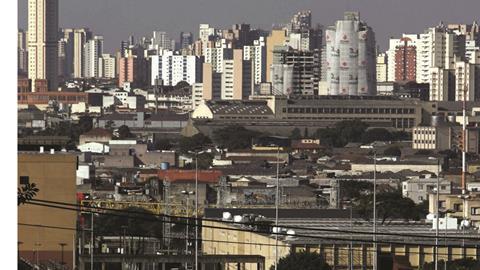 Turner & Townsend has launched two new offices in South America as part of an aggressive expansion strategy to target 60% of revenue from overseas by the end of the financial year.

The global consultant has opened offices in São Paulo, Brazil and Lima, Peru.

Chief executive Vincent Clancy said the firm’s international revenue - which made up 47% of turnover in the last financial year to 30 April 2011 - now exceeded domestic turnover for the first time in the firm’s history.

Clancy said the new South American offices would bolster the firm’s presence in both Brazil and Peru, where it has been operating for a number of years out of its office in Santiago, Chile.

These offices will predominantly work on mining projects and related infrastructure

He said: “These offices have been opened to respond to high demand in the natural resources sector, particularly mining. They will predominantly work on mining projects and related infrastructure.”

The offices will offer project and programme management, cost management and consultancy. In Peru, Turner & Townsend will also target work in the automotive and financial sectors, where it is already established, as well as in the infrastructure and energy sectors.

The consultant is working for a number of high-profile clients in Peru, including the Australian Department of Foreign Affairs and a joint venture on the Antamina mine between BHP Billiton, Xstrata, Teck and Mitsubishi Corporation.

The firm will use expatriate support to get operations up and running, before looking to train local employees “as soon as possible”.

“These are extremely exciting developments for our business in South America and we are confident that the addition of these offices will enhance the impact we are able to make within these communities.”