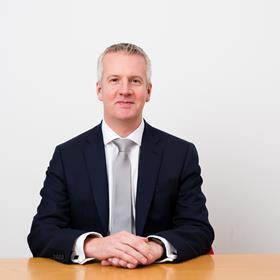 Carney (pictured) has been divisional chairman of Taylor Wimpey’s London and South East Division, a role he has held since 2015, having joined the housebuilder back in 2006 as chief financial controller.

Mangold has been the firm’s finance chief since 2010. He will stay on until the end of the year in what Taylor Wimpey called “an active role” to help with the group’s half-year accounts and what it called “an orderly transition”. He will then go on gardening leave until April.

Taylor Wimpey said Mangold would be paid salary and benefits as per his contract, be considered for a bonus for the part of the 2018 financial year he worked and be eligible for other benefits including outstanding share awards.

Taylor Wimpey also announced the appointment of Jennie Daly to the board as group operations director with effect from today.

Daly joined the group in 2014 from Redrow as UK planning director, before becoming UK land director in 2015.