Housebuilder maintains its “strong sales performance” during the first half 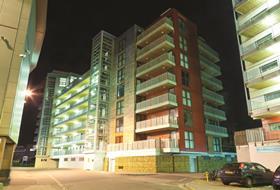 Housebuilder Taylor Wimpey has maintained its “strong sales performance” during the first half of this year and it was in track to deliver an improved performance in its full year results.

In a trading update to the City this morning, the firm said it had achieved an average private net reservation rate of 0.60 sales per outlet per week, compared to 0.56 over the same period last year.

It said this included a total of 201 home reservations under the NewBuy scheme since its launch in March 2012, representing around one-third of overall industry reservations.

The firm added that the average selling price on affordable completions decreased to around £115k from £117 over the same period in 2011.

We have maintained our strong sales performance during the first half of this year,

The firm said it had also increased its use of the government-backed FirstBuy scheme, although it said it retained a “cautious approach to the use of shared equity incentives in general.”

The firm added that it had approved the purchase of around 7,000 plots during the period on approximately 50 sites.

The firm said: “UK market conditions remain stable, with underlying pricing unchanged over the course of the first half of 2012.

“Mortgage lending continues to be restricted, although we have been encouraged by the introduction of a number of higher loan to value products since the start of the year, most notably under the NewBuy scheme.”

“Despite the continued uncertainty in the Euro-zone and global economy, the UK housing market has remained stable throughout the first half of 2012 and we will report improvements across all key financial metrics at our half year results.”