Housebuilder expects operating profit to be around £820m this year

Taylor Wimpey has upgraded its profit expectations for the year following a surge in completions in the first six months.

The housebuilder said it now expects operating profit for the year to be around £820m, exceeding the £756m to £808m range it had previously stated.

The group completed 7,303 homes in the first half of this year, a 160% increase on the 2,771 recorded in the same period last time – when numbers were affected by the impact of the first covid-19 lockdown last March – and above pre-pandemic figures. 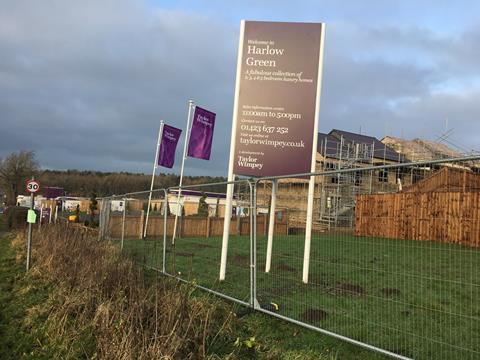 Taylor Wimpey now expects to complete around 14,000 homes in the year, which is at the upper end of previous expectations.

It added that the record number of completions in the first half was down to the strength of the housing market and delayed completions from the end of last year.

Pre-tax profit during the period was £287.5m, after an exceptional charge of £125m for fixing fire safety defects.