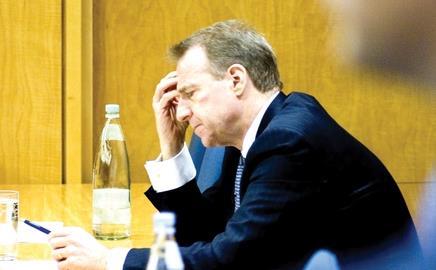 Ian Smith, the former chief executive of Taylor Woodrow, walked away with a payout of more than £2m after last July’s £5bn merger with George Wimpey.

According to figures released by Taylor Wimpey, Smith received a base salary of £610,000 for seven months’ work, as well as £1.45m for lost earnings and other bonuses. He became chief executive of Taywood in January 2007.

The announcement of the multimillion pound payouts comes two weeks after the housebuilder announced a pre-tax loss of £19.5m in 2007, following land writedowns of £283m in America. Turnover fell from £6.72bn to £5.88bn.

A Taylor Wimpey spokesperson declined to comment on the figures, but pointed to the group’s 14% growth in pro-forma pre-exceptional profit in the UK. She said: “Rapid progress was made in delivering an integrated Taylor Wimpey, and it remains on course to deliver the target rates set at the time of the merger.”

Kevin Cammack, an analyst at Kaupthing, said: “The pay-offs aren’t especially high. You have to remember that they would have been agreed early last year before they realised that US trading would be so poor. Although, in fairness, Smith was only in his job a few months.”