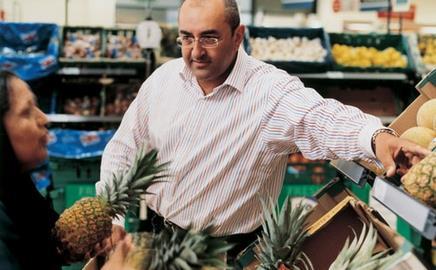 Supermarket Tesco is facing the mass departure of its property team, with its development director, programme director and company architect all leaving.

The news comes at the end of a damaging week for Tesco, which is one of construction’s biggest private sector clients. Opposition from residents to a £150m Tesco scheme in Tolworth, south-west London, forced the company to redesign its plans.

Tony Vasishta, development director at Tesco, confirmed that he handed in his notice four weeks ago, at the same time as Mark Cammies, the programme director. Vasishta is in talks with McArthur Glen, a retail developer, but said he had not yet decided to move to the firm.

It is understood that discontent has mounted since Kevin Grace, Tesco’s director of property services, was hired last month. Grace was formerly the chief executive of Tesco in Poland.

His strong retail background is understood to have stirred up dissatisfaction in the property team as some feel the group’s retail emphasis is overshadowing its value in the construction sector.

Some staff are understood to be unhappy that the team is not being led by someone with a construction background.

Vasishta said his decision to leave, along with Cammies, might have pushed others to go. He said: “Mark and I are strong construction people and a lot of people could be taking the opportunity to go as we leave.”

Others who have left, or handed in their notice, are Bob Tragheim, the procurement director, Helen Dodd, the design director, Pat Jubb, the head of engineering, and Brendan Hastings, head of small projects. It is understood that a number of the company’s project managers are also going.

The group’s ambitious development programme has, paradoxically, left some contractors and consultants disgruntled because they say they are continually fighting for better margins.

The chief executive of one of Tesco’s main contractors said the supply chain was being “screwed down as far as possible to save money” and that some of his staff now refused to work on Tesco’s projects because of the group’s increasingly cut-throat and aggressive methods.

A Tesco spokesperson said: “People leave companies all the time. The fact the these people are leaving at the same time does not mean there is anything sinister going on at Tesco.”