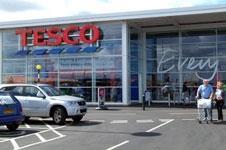 Tesco has started training Indian architects and QSs to work on its UK projects, Building has learned.The retailer flew the workers to Britain last year, where they were trained in UK architecture and quantity surveying skills.

A source in Tesco’s supply chain said the firm was only using Indian consultants for the beginnings of projects, and that when developments reached planning permission stage, the work was transferred to Britain.

An architect that works with Tesco said: “There is a worry this will spread beyond the planning stage, and Tesco will try to do more of the project in India. It doesn’t operate like a traditional client – I wouldn’t rule anything out.”

A Tesco spokesperson said: “We use Tesco staff to carry out feasibility studies on our new stores. These staff have been trained by Tesco and some are based in India.”

A source at a rival supermarket said it had decided not to go down the same route because “it wasn’t right”. The source said: “The savings are potentially massive. Given how keen Tesco have been in outsourcing other areas of the business to India, such as IT, it is only a matter of time before they do the same with other parts of the construction supply chain. This could mean a lot less work for British construction.”

It comes as research released this week by the Construction Industry Council and Construction Skills showed that consultants are continuing to suffer in the downturn. Of 300 practices surveyed, 54% said their income had

fallen in the 12 months to October 2009. About 46% said they had made redundancies over the period.