The boss of Hoare Lea has told Building that Tetra Tech’s deal to buy the firm was made more than two years ago but was held up by the covid-19 pandemic.

Justin Spencer, who will retain his managing partner title for a few more weeks before swapping it to managing director, said the offer from the $3bn turnover California-based firm was made in early 2019.

“It was completely unsolicited and came out of the blue,” he said. “Over the years we’ve routinely received offers and we normally reject them fairly quickly. But there was something in this offer that we took to the [firm’s 65] partners. 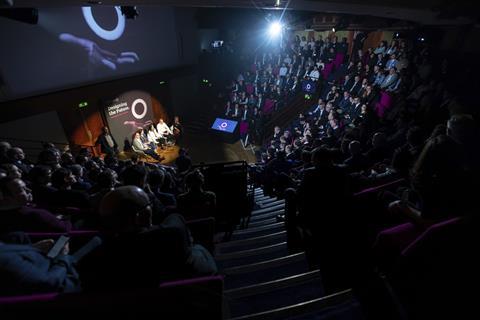 Hoare Lea has around 920 staff but this is expected to top 1,000 in the next couple of years

“We wanted to go to the next step in a rapidly changing world. The pace of change is very real, whether it be the climate emergency, the pandemic, societal changes like Black Lives Matter, digitisation – they all have impact on the industry and we have to adapt. We were considering all this and then the offer [from Tetra Tech] came long.”

He said the pandemic had delayed the deal for around 10 months with the amount of due diligence required also putting a brake on the process before it was inked at the end of last month.

“Covid stopped things. We wanted to focus on the firm last year and make sure it was in a stable position throughout the pandemic.”

He said the deal, the value of which has been undisclosed, would allow the 920-strong business to operate at a worldwide level. New markets it is planning to target include life sciences and more work in the data centre sector.

Spencer added: “We are too focussed on the UK, we want to be a globally recognised brand. We have to continue to provide better and more exciting opportunities for people and in order to do that we need to grow.”

Spencer said in the next couple of years income could hit £110m with the firm employing more than 1,000 people although he said it had no plans to add to its dozen UK offices.

He said the name would remain with the firm becoming part of Tetra Tech’s High Performance Buildings Group.

A number of partners will now retire from the business but he said these were already on the cards before the deal was announced. “100% of the partners are on board with the decision.”

In 2019, Tetra Tech paid close to £40m for WYG which earlier this year dropped its historic WYG marque.