TfL slammed for secrecy and lack of accountability 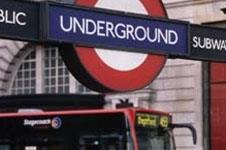 Transport for London (TfL's) scrutiny committee has slammed the organisation for its secrecy, saying it has a “transparency and accountability deficit.”

The committee said secrecy compounded uncertainty about the alleged £1.4bn budget shortfall, which threatened the ongoing renewal of the Tube system. Up to 75 stations could be delayed for up to seven years, the report found.

The London Assembly transport committee report, published yesterday, said “much of the TfL board's business is conducted in private - including, for example, consideration of TfL's draft business plan.

“Additionally, although meetings of the Board's finance committee are said to be open, the public are not invited to attend and agendas and minutes are often published well after meetings have taken place,” stated the report. It continued: “The fact that so much of TfL board's business is carried out in private amplifies its transparency and accountability deficit.”

By June 2009, the committee said that “London Underground should explain the reasons behind its expectation that only 10 stations will be completed each year.”

It also called upon the board to be more open about any cost overruns that might be expecting, insisting that it should publish a revised TfL business plan before its draft 2010/11 budget is submitted in 2009.

Outgoing TfL managing director, Tim O'Toole, told the committee that only nine or 10 stations were being completed every year, short of the target of 150 due to be delivered by 2010.

The collapse of Metronet in 2007 and other spiralling costs had caused delays in the programme, the committee said. Meanwhile, Tube Lines work on the Piccadilly and Jubilee lines was continuing on or ahead of schedule.

The mayor’s calls for additional funding from central government have been turned down. The Department for Transport has agreed a £39bn 10-year settlement.