TfL still in talks with industry over Tube overcrowding

Transport for London has said it remains in talks with the construction industry about reducing the number of workers using the Tube network to get to sites in the capital.

And it warned the message the industry was given nearly two weeks ago to cut overcrowding – or risk government shutting sites down in the capital – is only slowly getting through. 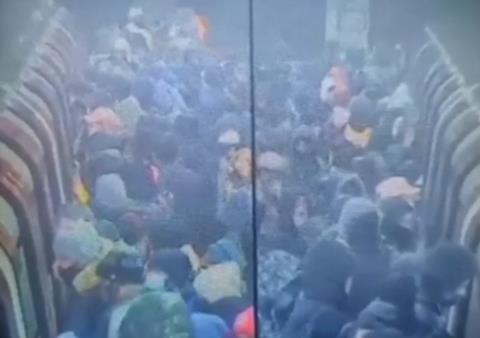 A TfL spokesperson told Building that “the number of passengers [last week] will be very similar to what we experienced in the prior week, so we haven’t seen much change in terms of pure numbers. Despite that, we have seen slightly less crowding. We’re still talking to Build UK and other employers [in congestion hotspots].”

Ministers were alarmed by images earlier this month of packed stations and carriages during the latest lockdown, prompting Construction Leadership Council co-chair Andy Mitchell to send out an email warning firms of the “very real risk” of them imposing restrictions if the situation did not improve.

An emergency summit on the issue was held 11 days ago, the day after Mitchell’s message, with representatives from TfL and the business department joining 40 chief executives of London’s biggest contractors to work out how to cut the numbers using the network.

These included staggering start times and getting workers to use different forms of transport to get to sites.

A series of 15 hotspot station was identified including Vauxhall in south London, as well as Finsbury Park and Tottenham Hale in north London along with a string of stations in the east including Mile End, Barking and Stratford.

A Build UK spokesperson said: “[The message] is making a difference and some of our members have reported sites in London that have moved over 50% of their workforce off tubes and buses.”

A spokesperson for the business department added: “It is vital the sector continues to operate safely by following our comprehensive covid-secure guidance to protect workers.” He said contractors should continue to look at staggering start and departure times to reduce crowding on routes to sites.