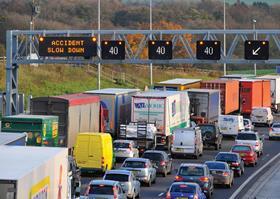 A consortium of contracting giants Balfour Beatty, Carillion and Galliford Try has won the race to build a £745m Aberdeen bypass project.

The consortium, known as the Connect Roads, has been named as the preferred bidder to build the Aberdeen Western Peripheral Route, which runs from Tipperty to the north of the city to Stonehaven to the south.

The project had been stuck in limbo for years following a lengthy legal battle with local campaigners which ended with the Supreme Court ruling in favour of the scheme in October 2012.

A consequence of the delay was that the construction cost of the scheme rose to an estimated cost of £653m from £347m in 2003. When the scheme was first unveiled.

Transport minister Keith Brown said the appointment of a contractor ensured the project was “well on course” to complete in spring 2018.

He added: “This is great news for the people of Aberdeen and the north-east and underlines our commitment to reversing years of under investment which has led to the kinds of pressures we see on the road network in and around Aberdeen every day.”

Preparatory work is already under way and construction work is due to start before the end of this year.