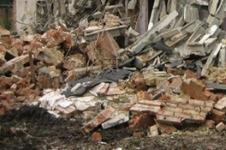 Three people are missing after a building collapsed in western Germany on Tuesday, leaving at least one person injured.

The incident happened in Cologne, when the six-storey structure, which houses the city’s archives, collapsed in a pile of rubble yesterday afternoon, bringing a neighbouring building down with it.

The area has been evacuated while inspections are carried out on surrounding buildings and emergency services search for the missing people.

Police officials said they did not yet know why the building collapsed, but news reports said that work was being done beneath the street where the building stood.

The structure is believed to be around 40 years old and had recently been undergoing renovation.