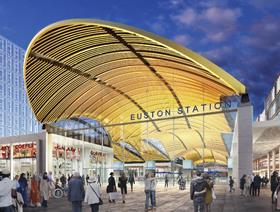 Three heavyweight bidders have been shortlisted for HS2’s largest consultancy contract to date - the £350m engineering delivery partner for phase one of the project, Building can reveal.

Building understands client body HS2 Ltd has invited a Bechtel and Jacobs joint venture; an Atkins, CH2M and Sener joint venture; and WSP Parsons Brinckerhoff (WSP PB), to tender for the role, according to separate sources close to the procurement.

The news comes after chancellor George Osborne kicked off the bidding for £11.8bn of major civils works on HS2 last week during his trade mission to China.

Building first revealed in August that the three consortiums were linked to bids for the engineering delivery partner role. At the time market sources told
Building the Bechtel/Jacobs and Atkins/CH2M/Sener joint ventures were considered frontrunners.

The contract is valued between £250m and £350m over the course of 10 years. The scope covers phase one of HS2 between London and Birmingham, and includes the management and co-ordination of engineering and environmental design on the project. Tenders are expected to be submitted by November this year.

Meanwhile, contractors have been invited to pre-qualify for £11.8bn of major civils work.

The work is split into seven packages over three geographical areas on phase one - North, Central and South - worth up to £8.6bn in total.

Bidders who prequalify for these lots will automatically be put forward for four further packages of work worth up to £3.3bn in total on phase two.

HS2 Ltd, WSP PB, Atkins and Bechtel declined to comment. CH2M said it was unable to comment on a live procurement process. Sener referred enquiries to HS2. Jacobs was contacted for comment.