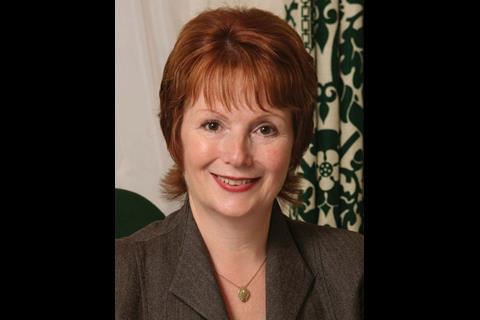 Blears: Takes over from Ruth Kelly as the secretary of state for communities

Gordon Brown’s first reshuffle as prime minister provides the industry with its sixth construction minister in as many years, a greater emphasis on business and a stronger voice for housing in government.

Stephen Timms was this week widely expected to be named construction minister in the Department for Business, Enterprise and Regulatory Reform, formerly the DTI.

As Building went to press, Timms was expected to be given the title of minister of state for competitiveness and consumer affairs. As well as construction, it is understood his responsibilities will include retail, manufacturing, and the car and shipbuilding industries, among others.

Timms, who was formerly chief secretary to the Treasury, replaces Margaret Hodge, who, among other things, will become architecture minister.

The industry welcomed the appointment of Timms although there was a sense of frustration because the progress made with Hodge had been undone.

Stephen Ratcliffe, chief executive of the Construction Confederation, said: “We’re disappointed to see Margaret Hodge go because she was responsive and accessible. We will need to engage with Timms as soon as possible.”

Yvette Cooper remains as housing minister but with an enhanced role as she will be present at Cabinet meetings. She will report to Hazel Blears, who replaces Ruth Kelly as communities secretary.

Gideon Amos, chief executive of the Town and Country Planning Association, said: “The decision to have two housing ministers in the Cabinet shows that Gordon Brown is serious about it.”

Brown demonstrated his commitment to UK business by forming a business council made up of chief executives of FTSE 100 firms, including Sir Alan Sugar and Sir Terry Leahy, chief executive of Tesco.

The Constructions Products Association has written to Brown protesting that nobody from construction was on the panel.

The industry’s ministers are tipped to be: