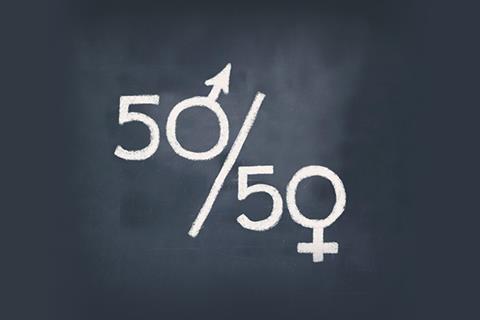 Women working at the UK’s biggest contractors are paid on average 72p for every £1 that men earn, according to the latest set of gender pay gap figures.

The UK average gender pay gap sits at 10%, meaning women earn on average 90p for every £1 that men earn. The average for construction is 28%.

Just one firm - Taylor Wimpey - was able to report no difference at all between the average male and female hourly rate.

Companies with more than 250 staff are required to publish a series of figures each year, with the latest numbers indicating a snapshot of the firm’s demographics and pay on 5 April 2018.

The deadline for submitting information was midnight last night.

When comparing median hourly rates across the top 40 contractors, women earn 72p for every £1 that men earn

Three of the five worst-performing contractors - McLaren, Bam and Multiplex - had not reported their figures as of 3pm yesterday, hours before yesterday’s midnight deadline.

The pay gap McLaren reported the second-highest rise in their gender pay gap since last year out of the top 40 contractors.

Read analysis on the gender pay gap in construction on Building.co.uk next week

What is the gender pay gap?

The gender pay gap is the difference in the average hourly wage of all men and women across a workforce. It is not the same as unequal pay – paying men and women differently for the same or similar work – which has been illegal since 1970.

All businesses with more than 250 employees have a statutory obligation to publish specific gender pay gap data and bonus pay gap data, as well as the percentage of women employed in each pay quartile.

Some larger contractors have taken the opportunity to publish gender pay gap data for the entire group, as well as the divisions they are obliged to report on. Where possible, Building has used the whole group data.

To represent construction, Building has taken an average (median) of the median gender pay gap of the top 40 contractors and housebuilders in 2018, ranked by annual turnover.

Upper quartile: % of women in the highest paid quarter of staff

Bonus: % of women receiving a bonus