Laing O’Rourke has confirmed that three members of its procurement team, including one of its top bosses, have left the firm with public documents showing they have set up a new IT consultancy business.

The firm declined to say who they were but Building understands Alex Gosney, its procurement operations leader for its Europe hub, is one of the departures. 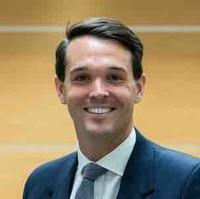 A Laing O’Rourke spokesperson said: “We can confirm that earlier this month, three employees in our procurement team left the business. However, we are unable to comment further.”

But, according to filings made at Companies House, Gosney is one of three people named as officers of a new Leeds-registered company called Sourceai which was set up in the middle of April. Its nature of business is listed as IT consultancy.

The others are Mark Smith, head of category management at O’Rourke and a former procurement leader and manager at its Select plant hire business, and Joe Gibson, who worked 11 months as a procurement manager at Laing O’Rourke before spending less than a year in the same role at Mace, eventually rejoining O’Rourke in late 2017 and ending up as a transformation lead.

According to Companies House records, Smith and Gibson are listed as directors while Gosney is listed as an IT professional.

Gosney (pictured) had been at O’Rourke since joining as a graduate trainee in 2007 while at Leeds Metropolitan University, arriving as an MEP quantity surveyor and working his way up through the firm before landing his current role last December.

Gosney, who also has a masters degree from Cambridge University, is understood to have worked on several high-profile bids during his time at the firm including the Thames Tideway tunnel and Hinkley Point pitches. One source said: “He was earmarked as a high-flyer early on. He knew his stuff.”

O’Rourke’s Europe hub, whose head of procurement remains Carol Williams, is the biggest of its two divisions, which also includes Australia.

According to its last set of accounts, Europe’s turnover, which also includes revenue from its Canada and Middle East business, was £1.8bn nearly three-quarters of its £2.5bn group turnover.