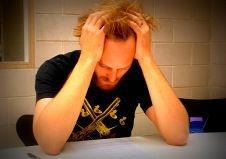 Damned lies and statistics on builders in distress; the M25 and the LDA get a hammering; and who does Kevin McCloud think he is?

Builders in distress double in a year

Is this not a case of lies, damn lies and statistics? Perhaps the number 'in distress' is less because these poor companies have actually gone under. It's like a hospital announcing that they have less ill people in their wards because 25% have died.
Nick Case

The numerous medium construction companies are continuing to delay payments to sub-contractors and also failing to pay invoices for correct amounts by adjusting payments to suit themselves with no explanation – companies that still expect the lowest prices but the highest standards of health and safety! Do any other subbies have similar problems?
Ron Jeremy

How much was it! £900m to build from start and now £6bn to improve it; we all knew from the start it was out of date, why don't we build something that lasts before we dig it up again?

If it was built properly in the first place we could have saved billions in lost time sitting in this car park let alone our silly carbon footprint. You don't need to be a scientist to realise what's needed, just a bit of common sense will prevail.
Tony G

LDA may slash £100m of projects over three years

I worked in the LDA and to say that there were poor decisions on and management of projects is something of an understatement.

LDA was not set up to be anywhere near competent to manage capital projects, never mind the Olympics. As taxpayers in this recession we should also be concerned at the high salaries LDA project management staff are being paid given their dreadful delivery record. Besides the Olympics, has anyone assessed the value of LDA's £100m investments round Wembley yet?

The Olympics legacy delivery body being set up now should have been created at the same time as the ODA.
Mike

OK so he's on telly a fair bit – but who is he actually? Is he Lord Latham or Terence Conran?
Mark Lanahan