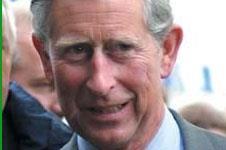 Resentment at an insult to rabbits, a call for sense over costly legal battles, and Prince Charles gets another drubbing

More room: the demise of the ultra small flat

What a pity that developers are even allowed to consider cramming places for people to live in into smaller and smaller spaces. The tall thin house sounds like the sort of thing the Dutch build and for anybody who has ever attempted to negotiate the stairs in such a house carrying anything other than a pair of shoes I don't recommend it. Describing the flats and houses people now have to suffer in the name of first time buyer as rabbit hutches is an insult to rabbits!
Roger Gambba-Jones

If Corby Council are truly concerned about the cost to taxpayers, they had better think long and hard about the costs of an appeal. Who will have to pay for that? The poor Corby taxpayers. It wouldn't be the first time that legal costs eclipsed the potential payout. It would perhaps be honourable for CC to capitulate now, accept the ruling and pay out.
D Canavan

It sounds as though Charles is being a spoilt brat again. The National Trusts new HQ may not be 100%, but they are moving in the correct direction, is that to say Charles knows better. Or are we constantly to get mediocre architecture because not everybody agrees with his preferred styles as with the National Gallery extension and potentially One New Change, and he is going to use his position of birth to architecturally punish us all.
Hugh Bantin

I'm in full agreement with Hugh. If the building has a BREEAM report of excellent, how can he genuinely complain? Compromises need to be made if the rules on sustainability are to be adhered to. In the current climate, costing must have played a part in the design. It's as if: If he didn't design it or paint it, so you can't have it. Why not quit and instil someone with a true foresight of what is needed. One large ball to take home please.
Jester Joe

The risk assessment of danger rests fairly and squarely with the individual and the choices an individual is free to make. You always have a choice in these matters (except where perhaps you choose to serve in the armed forces) and you are free to balance your earnings against the danger to life and limb.

A friend of mine was badly injured in Iraq by a road side bomb attack – and freely accepts that he knew the dangers before he went to work there.
Sorry but I disagree.........