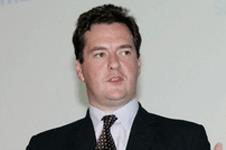 Shadow chancellor George Osborne has pledged to make major changes to the PFI by scrapping the current model and replacing it with an alternative if the Tories win the next election.

In an email exchange with Observer columnist Will Hutton, the shadow minister said the government’s use of PFI had become “totally discredited” and “new ways” were needed to leverage private sector investment.

He said: “Labour’s PFI model is flawed and must be replaced. We need a new system that doesn’t pretend that risks have been transferred to the private sector when they can’t be, and which genuinely transfers risks when they can be.”

Transparent accounting was the first priority, he said, and an end to PFI being “simply used to keep liabilities off the balance sheet.”

Osborne is reported to have charged Philip Hammond, shadow chief secretary to the Treasury, with finding alternative models for involving the private sector in the construction of schemes such as schools, hospitals and roads.