Tories to fine for roadwork overruns 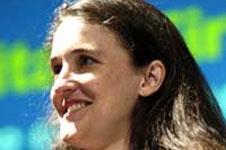 The Conservatives would increase fines for firms responsible for roadworks which overrun, Theresa Villiers, the shadow transport secretary, said today.

Addressing the conference, Villiers said: “We’ll make the people who dig up our roads answer for their actions. That means bigger fines for work that overruns.” She added that utilities would be made to pay to rent the road space they are working on on busy routes.

Villiers also repeated the Tories’ commitment to high-speed rail as an alternative to expansion at Heathrow airport, but gave no further detail beyond the high-speed rail line between Manchester and Leeds previously pledged by the party.