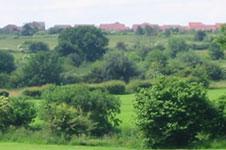 The Conservatives proposal to abolish housing targets has been branded a 'charter for nimbys'.

The Federation of Master Builders said such a move would bring housebuilding 'to its knees'.

Brian Berry, director of external affairs, at the FMB said: “At a time when millions of people are wanting an affordable home the Conservatives Party’s ‘bottom-up’ approach to housing offers little hope to either the construction industry or to those needing a home."

The Tory's Solid Foundations paper said the removal of regional planning would protect the green-belt and prevent unwanted eco-towns.

Other proposals in the green paper include rewarding social tenants for good behaviour with 10% equity shares, giving tenants a right to move to other social sector properties, shared ownership schemes, and offering villages and towns the power to create Local Housing Trusts.

The Town and Country Planning Association welcomed the emphasis on releasing public land and Community Land Trusts but cautioned that not enough concern was being paid to zero carbon new homes.

“This raises a number of important questions such as what will happen to key infrastructure and development projects for which Regional Spatial Strategies provide the key route to permission,” he said.

The Chartered Institute of Housing praised the Conservatives for stealing many of their ideas... apart from those on building more houses. Sarah Webb, CIH Chief Executive said: "There is much in the Policy Paper to welcome. However, no party has yet articulated robust plans to tackle the chronic shortage of affordable housing across the UK.

“Unfortunately we are still only building one home for every two households that are being formed. I would urge David Cameron to develop his Party's thinking further by taking a more holistic approach to housing reform and we look forward to debating this with him."

He praised the idea to use public funding to bring empty homes back into use, and thought the idea for an equity share for good behaviour, saying: “The idea of giving tenants with an excellent payment history an equity share in their social home is a proposal that looks interesting and merits further investigation. It could assist some tenants into owner occupation and by doing so create a new letting.”

However, he had only criticism for the right to move idea, calling it unworkable and saying it would have massive cost implications for housing associations: “It would mean that housing associations could end up with properties dotted all over the country, with their maintenance staff having to spend entire days travelling across the country, and emitting huge amounts of carbon, just to get to one property.”

The Federation of Master Builders called the idea of abolishing housing targets “a charter for NIMBY’s” and said it was no exchange for some good, old fashioned cash:

Brian Berry, Director of External Affairs, at the FMB said: “At a time when the house building industry is on its knees and millions of people are wanting an affordable home the Conservatives Party’s ‘bottom-up’ approach to housing offers little hope to either the construction industry or to those needing a home. Abandoning national housing targets could easily become a charter for NIMBYs (Not In My Backyard) who want to stop housing development in their area.”