Treasury PFI rescue plan could pay out within weeks 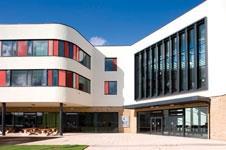 The government intends to make funds from its multi-billion-pound PFI rescue package available to projects hit by a lack of bank finance within weeks, it is understood.

Yvette Cooper, chief secretary to the Treasury, announced on Tuesday that the government would lend senior debt to up to £13bn of PFI projects that have not reached financial close. It expects to lend between £1bn and £2bn during 2009 and 2010.

The Treasury is setting up a unit dedicated to managing the funds, which will be staffed by between 12 and 16 lending experts. It is understood that it has told civil servants to get the unit running as quickly as possible, as it hopes to begin lending before the Budget is announced on 22 April.

The Treasury is still thrashing out projects’ eligibility criteria. About 110 schemes that are going through the procurement process but have not reached financial close will automatically be eligible to apply. Projects that have not yet gone through the procurement process will also be considered, provided the Treasury approves them in principle.

Schemes in the education, transport, environmental and healthcare sectors (see below) will be eligible, but no sector will be given priority.

Cooper said that although the Treasury expected that most projects would also be funded by commercial lenders or the European Investment Bank, it would “provide the full amount required, if necessary”.

The government will provide the full amount required, if necessary

She said the government would lend to “PFI projects that cannot raise sufficient debt finance on acceptable terms”. The Treasury has not yet finalised how it will determine that a project has made sufficient attempt to raise money, but it is thought to be considering asking for statements from the procuring authorities.

The industry has welcomed the attempt to get the UK’s £9.43bn of stalled PFI projects moving. Nick Raynsford, a former construction minister, said: “If hospitals and schools didn’t happen because of a lack of funds, the whole objective of counter-cyclical investment would be frustrated.”

Richard Adam, finance director of Carillion, said: “It will help because the UK has lost some of the funding previously provided by foreign banks.

Banks are now being more nationalistic.”

n The government this week confirmed the details of £919m of accelerated spending on minor works for secondary and primary schools.

Where the money's going

More than 110 PFI projects are eligible with a total value of about £13bn. The three main sectors are waste treatment and environmental projects (£3.5bn), transport projects (£3.1bn) and schools projects (£2.4bn). Some examples of schemes that have not reached financial close, so could be in the running for the new funding package, include:

North Tyneside housing
£100m sheltered housing scheme to replace outdated accommodation for around 1,000 people. Construction due to start in summer 2010 and complete in 2016.

Southmead hospital redevelopment
800-bed PPP hospital for North Bristol NHS Trust. Carillion is the likely preferred bidder. Its value is estimated to be £1.6bn over the 30-year concession period.