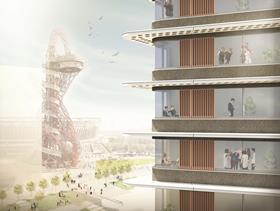 WSP has been replaced by Turner & Townsend as project manager on phase one of UCL’s new campus in Stratford.

The first phase of UCL is made up of two buildings, the £200m Marshgate I (pictured) scheme, which is being built by Mace, and Pool Street West, where a main contractor is due to be appointed soon.

T&T is now the project manager for both buildings.

Kevin Argent, deputy director of UCL Estates and the university’s head of development, said the move had been made “to make sure we had the right teams on the projects”.

Argent, who began working on the new Stratford campus last summer, added: “We had reached a point with the project where we felt we needed a change and to move in a new direction.”

Aecom is the quantity surveyor on both buildings, while Mace and the contractor who wins the Pool Street West contract are responsible for bringing in their own design teams.

Marshgate I is a 35,000m2 research, innovation and teaching building which was designed by former Stirling Prize winner Stanton Williams.

Work on both buildings is meant to start in summer, with Pool Street West due to be finished for the start of the 2021 academic year, followed by Marshgate I in 2022.

A contractor is also expected to be appointed to build the university’s new £250m Institute of Neurology in the next fortnight.

The 17,000m2, Hawkins Brown-designed facility at its Bloomsbury campus is being built on the former site of UCL’s Eastman Dental Institute at 256 and 123 Gray’s Inn Road near Holborn.

ISG was chosen for the £8.5m project that will allow the dental institute to move from its current home into UCL’s Rockefeller and Huntley Street buildings in Fitzrovia.

A planning application for the Institute of Neurology is due to be submitted later this year. 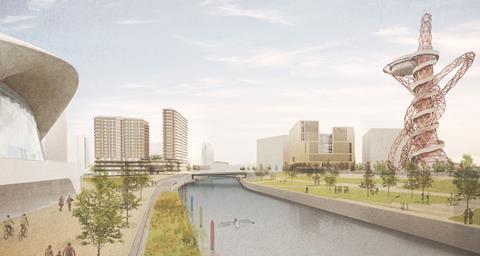