Winner on west London scheme due later this summer

Just two firms are now left in the race to overhaul the grade II-listed Whiteleys shopping centre in west London under a £250m deal.

Building understands Mace has joined Multiplex on the sidelines leaving Laing O’Rourke and Sir Robert McAlpine to fight it out for the deal to turn the 1980s shopping centre behind the historic 1911 Queensway façade in Bayswater into a residential and hotel mixed-use development.

O’Rourke has brought its team over from Hammerson’s stalled Brent Cross shopping centre scheme to lead its bid.

One source said O’Rourke was the favourite for the job: “It’s theirs to lose, I think.”

Demolition contractor Erith, which has been carrying out work at the site of Sellar’s planned Cube scheme in nearby Paddington, has begun tearing down the centre’s car park as well as the main shopping centre itself with this part of the job due to be finished in November. 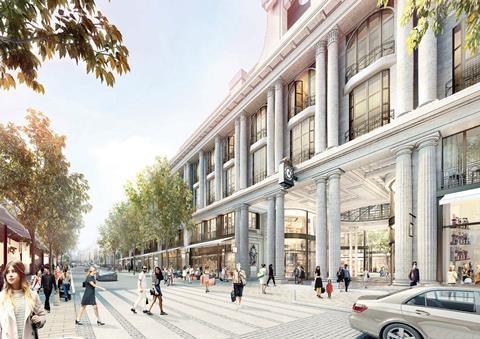