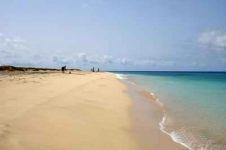 UK contractors and engineers are lining up for a potential multi-billion pound package of work in the Cape Verde Islands.

The archipelago, which is located 375 miles from the coast of Senegal, is one of only a handful of areas that have remained immune to the global economic meltdown.

The government of the former Portuguese colony is understood to be seeking UK expertise for a massive infrastructure programme to help kick-start its budding tourist industry. The total cost of the work could exceed 2.3bn Cape Verde escudos (£2.5bn).

The boss of a £350m-turnover UK civil engineering group said: “It’s one of the few bright spots on the horizon at the moment.”

The islands have been unaffected by the meltdown elsewhere owing to its conservative banking laws and the rocketing price of Pozzolana, a volcanic rock used in cement production. Last year, as resources dried up elsewhere, it became one of the wealthiest countries per capita in the world as the world’s only exporter of the rock, which has been central to China’s building programme.

A delegation from Cape Verde is expected in the UK in June and it is seeking interest from major UK companies. Part of the build programme is understood to include a huge bridge building scheme to link the main islands as well as hotels and leisure facilities. A 375 mile bridge to link the islands to the mainland has reportedly not been ruled out.

Another chief executive of a major contractor said: “It’s a no-brainer. Where would you rather be working at the moment, here or in the African sunshine?”

The Cape Verde government has set up a twitter feed for companies seeking more information.