Royal Bam said a strong performance from its UK arm helped the firm improve results for the first quarter of the year. 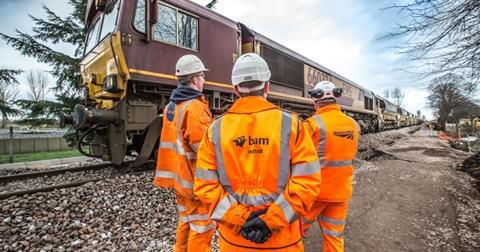 The Dutch firm’s chief executive Ruud Joosten said: “Our activities in the United Kingdom performed well. The UK government plans major investments in infrastructure as part of the Build Back Better initiative.”

Bam’s UK building business has signed several high-profile jobs during the period including a £190m scheme to build a new studios complex for Sky in Hertfordshire and a £250m deal to build the Co-op Live arena in the shadow of Manchester City’s Etihad stadium.

Its Bam Nuttall civils arm benefitted from accelerated work in the north and Scotland, Joosten added, as well as increased work from its rail business.

It said its soon to be shut Bam International arm racked up a €12.9m (£11m) loss with the closure of the division due to be completed by the end of the year.

Bam said a cost-cutting programme had been completed while the firm said it was still running the rule over its work in Belgium and Germany. “The focus remains on further operational improvement and de-risking of the portfolio, in line with our strategy to manage these businesses for value,” Joosten said.

The firm is due to unveil its half year results on 19 August.