Two thirds of UK homeowners would be unable to sell their homes without carrying out major upgrades to meet stringent energy efficiency ratings under new net zero proposals unveiled at the COP26 climate conference.

The work would need to be carried out by 2028, seven years earlier than a government target for energy efficiency in residential properties.

The proposals were announced by the UK Green Building Council (UKGBC) at the Glasgow climate summit last week.

They recommended that the government introduce a mandatory minimum energy performance rating (EPC) of C for all owner-occupied homes at the point of sale by 2028.

Currently only around 30% of the UK’s 28 million homes meet the rating, with the average rating for existing homes being D. 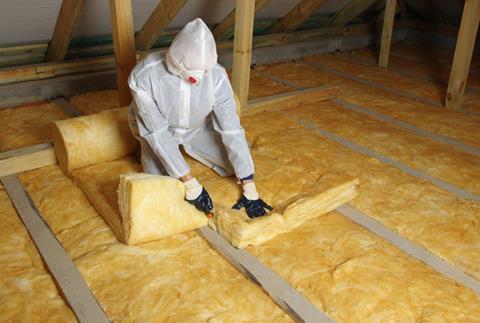 Currently around two thirds of UK homes do not meet EPC rating C, which the UKGBC said should be mandatory at the point of sale by 2028

The cost of upgrading a home with an EPC rating of C to D is around £6,500, and nearly £10,000 to upgrade it from a rating of E, according to property firm Savills.

Despite publishing its strategy for decarbonising UK homes last month, the government has provided no details on financial support for owner-occupiers to make their homes more energy efficient.

UKGBC chief executive Julie Hirigoyen said the proposals are “non-negotiable” if the UK is to achieve net zero emissions by 2050.

They are one element of a major report by the UKGBC which aims to provide a pathway to removing all carbon from the construction industry.

Called the Whole Life Carbon Roadmap, it also recommends bringing forward the government’s cut-off date for the sale of gas boilers from 2035 to 2030 and launching an immediate national retrofit programme for making homes more energy efficient.

It also proposes introducing mandatory assessments for the total carbon emissions of a building over its lifetime for large projects by 2023, and minimum embodied carbon standards for “more mature” sectors 2025.

The requirement would be expanded to all sectors by 2027 and to building projects of all sizes by the end of the decade.

Other recommendations include removing VAT on energy efficiency retrofit works, introducing variable stamp duty linked to energy performance and mandatory disclosure of energy use for all non-domestic buildings.

The plan, which has been co-created with over 100 organisations, including government departments, sets out the actions which would need to be taken year-on-year to meet the government target of getting emissions down by 78% by 2035.

UKGBC director of business transformation Alastair Mant told Building that the construction industry needed to “fundamentally question” its mindset if it wanted to get to net zero.

He said: “We need to accept the fact that it means transformative change. It is not about business as usual and it is not about playing around the edges. We really need to set ourselves up to do things quite drastically differently.”

He added that the launch of the roadmap was “just the start of the process”, and that the UKGBC would spend the next few months “driving awareness that this trajectory and set of actions exist, and then helping these other industry organisations both commercial, third sector and government, identify and play their role in bending down that emissions curve.”

A UKGBC report found last year that introducing net zero practices on office projects could increase costs by as much as 6.2%, and 3.5% for residential projects.

Mant said: “When we talk about going to net zero, that’s a large step away from how the industry has been operating over the last few hundred years, decades and even the last few years.

“It’s a significant change that we’re asking for, and I think we have to accept that it will come with some cost and some additional risk to projects, because it’s a change from the norm.”

The government’s heat and building strategy included a £3.9bn package for decarbonising existing UK buildings over the next three years, with homeowners offered £5,000 grants to install heat pumps from April next year.