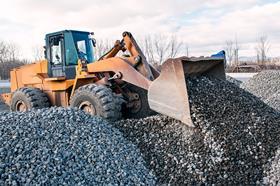 Figures released by the Office for National Statistics (ONS) to Building show the UK’s global material footprint fell by almost exactly a third between 2001 and 2013.

The figures come as the concept of “peak stuff” - the phrase coined to describe the trend where the amount of “stuff” used in the UK such as food, fuel, metals and building materials reaches a ceiling and begins to fall - enters mainstream language.