Unite has warned that forcing construction workers in London onto bikes to ease congestion on the Tube network could lead to accidents on the capital’s roads.

Last week Transport for London said firms should encourage workers to walk or cycle to site, stagger opening times and liaise with neighbouring jobs about when they start in order to cut congestion at hotspot stations. 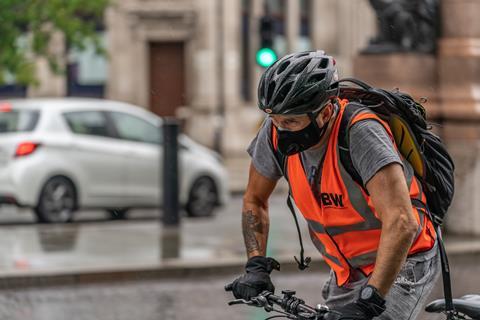 But the union said asking construction workers to cycle to work instead was potentially dangerous, with many having round trips of more than 15 miles into central London.

It added expecting workers to cycle long distances in dark and bad weather “was a recipe for serious accidents”.

Unite also said the advice also failed to appreciate that staggering shifts could not be based on where workers lived but had to be based on teams of workers to ensure efficient working on site.

Unite national officer for construction Jerry Swain said: “Unite remains highly concerned that there is an attempt to force workers onto bikes and expect them to cycle long distances in the dark and in winter weather, undertake a long shift and return home again. This is a recipe for tragedy and should not be encouraged.”

Swain added the union was “disappointed to note there appears to be no plans to relax the Congestion Charge or parking restrictions for construction workers.

“Workers will not avoid congested trains unless they know that if they are late they will not be penalised.

Unite said it had produced a covid-19 guide that advises how workers can protect themselves both at work and on their journeys to work.