Value of contract awards up in July, Glenigan data says

Clients awarded £6.1bn worth of work compared to around £5.5bn the month before

Clients handed out around £6.1bn of construction work in July – up by around £500m from the month before, Glenigan data has revealed.

The figures (see Building Boardroom) reveal that the most work was awarded in the infrastructure sector, with firms here inking deals worth just under £1.2bn – or around 20% of all work awarded in the month. 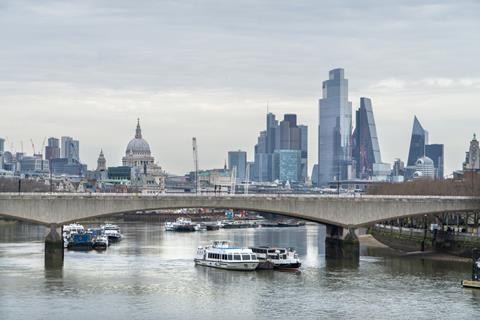 The bulk of this, £445m, was from three Department for Transport deals, and six Network Rail contracts worth a combined £277m.

After infrastructure, the next most prolific sector was social housing, with clients here awarding firms £848m of business.

This was followed by those in the utilities and industrial sectors, at around £738m apiece.

The private housing sector was the market with the highest value of projects given the green light, with permission secured for 366 schemes worth almost £2.55bn.

After private residential, commercial achieved the second highest value of approvals at just under £1.6bn, followed by industrial at £1.35bn.

Overall the client to receive planning permissions with the highest value was the Department of Health and Social Care. It had six schemes worth a combined £450m given the green light.

The data above and below is a sample of the information on contract awards by sector for June put together by Glenigan. It represents just a small part of the client intelligence that is accessible through the Building Boardroom Network.

The Building Boardroom Network is an easy-to-use portal where you can access a wide range of vital business insight including research and tools to help bring your construction clients to life. Find out more at: https://www.building.co.uk/building-boardroom/