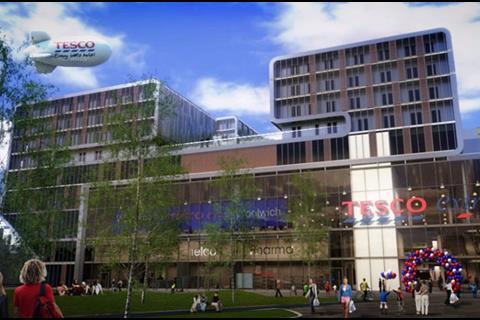 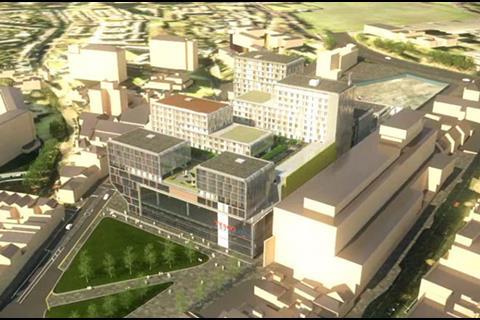 Contractor Willmott Dixon has won the first £86.3m contract to build a “Tesco town” in Woolwich, London, the first of 10 mixed-use schemes in a £1bn pipeline of work for the supermarket’s development arm, Spenhill.

The construction contract, understood to be the largest the supermarket has ever awarded, will include an 80,000ft2 Tesco superstore, seven retail units, a car park, a police station and 259 apartments close to the Olympic site in east London.

Cyril Sweett is project manager and QS for Tesco, while Sheppard Robson is the architect, Scott Wilson the services engineer and Walsh Associates the structural engineer. Tesco has also appointed Cyril Sweet on four or five of the other projects.

Tony Fletcher, corporate affairs manager for Tesco, said that eight or nine other mixed-use schemes would all be worth about £100m, and should be built in the next three to five years.

“They’re going to go to one contractor or a few who do well. We’re always looking for new techniques and ideas. We have a big environmental agenda but also an innovation one,” he said.

Tesco restarted six of its mixed-use developments last April as part of a £1.6bn development plan, and was said to be looking at bringing in other contractors.

Vinci and Bam Construct were two other contractors reported to have been in the running. Bowmer & Kirkland, Barr, RG Carter and Taylor Woodrow are all on the supermarket’s standard contracting framework, which Kier left in 2010.

Construction work will start on 4 April and the supermarket and first 100 apartments will open by October 2012. The rest will be finished by 2013.

Work on another Tesco town in West Bromwich, West Midlands, is due to start later this year, with the contractor to be announced “imminently”. Tenders to redevelop of Gateshead in Tyne and Wear, including 200,000ft2 of retail space, will be sought later this year.

Cyril Sweett said that it had just won consultancy work on two new-build Tesco supermarkets in China after its work in the UK.