The first ever virtual meeting of Ashford Borough Council has given a £250m plan to build a film studios complex in the Kent town the green light.

It will also include TV studios and education facilities and is due to launch in 2022. Architect on the scheme is Holloway which has studios in London and Kent.

Quinn Estates chief executive Mark Quinn said: “The decision means we can collectively start to rebuild the industry, jobs and momentum temporarily lost as a result of what has been happening globally.” 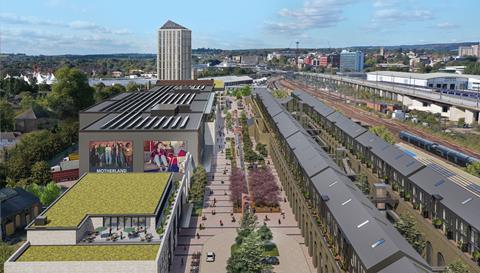 The scheme will be built at a former railway works

Firms to have shown interest in the development include streaming giants Amazon and Netflix – which earlier this week said subscriber numbers had surged this year, as lockdowns around the world keep people at home. Almost 16 million people created accounts in the first three months of the year, Netflix said, adding that it won’t run out of content while people are stuck at home.

The 15-acre site at Newtown Works, once a locomotive manufacturing company and the biggest employer in the town, was abandoned in the 1980s.

The grade II-listed building will be converted into 240,000 sq ft of TV and film production space as well as a media village, educational centre and hotel. TCDI’s sister company Time + Space Studios will operate the studios.

TCDI and developer General Projects last month bought a 50% stake in Twickenham Studios, south-west London, for £50m. The first two Beatles feature films were made there. 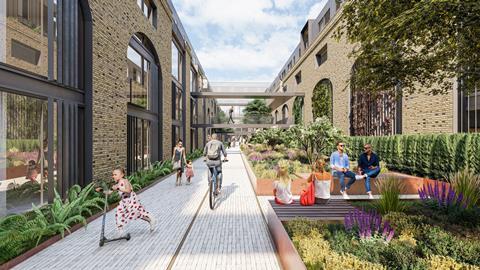 The £250m plan will also include a hotel and education facilities