Watchdog to probe role of contractors in setting up blacklist 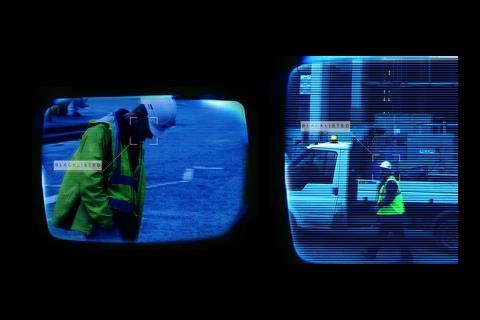 The probe into an alleged blacklist of more than 3,000 construction workers will attempt to identify the companies involved in setting up the database.

The Information Commissioner’s Office (ICO) last week published the names of 40 firms that subscribed to the list, which was used to exclude alleged “troublemakers”.

An ICO spokesperson said: “We need to examine the information. We’re looking at how it was set up, the role of companies in that and who’s been using it.”

Union sources said a handful of firms were behind the compiling of the list, which was produced by a firm called the Consulting Association, run by a former private detective called Ian Kerr.

One said a major contractor had offered Kerr office space at its premises to help him get started. He added: “Kerr was a frontman for several firms. They set him up and have been doing this for years.”

The companies that subscribe to the list include most of the country’s large contractors, such as Sir Robert McAlpine, Laing O’Rourke and Balfour Beatty.

In a further twist to the story, the Unite union is to launch an internal inquiry into claims that its own officials passed information about members to contractors and Kerr.

Unite was formed in 2007 by a merger between the T&G and Amicus. A senior union figure said: “There will be an investigation into whether Amicus officials gave information to contractors who then passed it on to the Consulting Association.

“There will be a lot of nervous people because I’m certain some Amicus officials made it clear to employers that there were certain members they viewed as troublemakers and didn’t want working on big sites such as the Pfizer plant, the Channel Tunnel Rail Link and the Manchester Royal Infirmary.”

Despite the probes, legal experts say it is unlikely companies will face prosecution as a result of using the blacklist.

Its illegality centres on Kerr’s failure to notify the ICO that he was a “data controller”, which is a criminal offence under the Data Protection Act.

Rosemary Jay, a partner in lawyer Pinsent Masons, said: “The possibility of prosecution is remote. The firms could have simply paid the registration fee, but not used the service. There would have to be evidence beyond reasonable doubt to prove otherwise.”

The Office of Government Commerce declined to comment on whether firms implicated in the scandal would suffer when tendering for public work, although Cabe chief executive Richard Simmons said the matter would be discussed by the Public Sector Construction Clients Forum, a body he sits on.

Edward Goodwyn, partner in Pinsent Masons, said: “Time is a big hurdle because the complaint must be made within three months. Even if a worker wins an extension, one could still argue that there is no proof that he was rejected specifically because he was in a trade union.”

However, this week unions said they would “push for justice”. Bob Blackman, national secretary of Unite, said: “These employers can’t be allowed to just walk away. Unite will be pushing for legal action and will be seeking advice from our own lawyers.”

A spokesperson at the business and enterprise department said it would “take a careful look” at the ICO’s evidence. It said: “If it is compelling, we would look at drafting legislation.”

Andrew Gay
Andrew Gay, chief executive of Drake & Scull between 1994 and 1998, understands why companies use blacklists. Drake & Scull was the M&E contractor during industrial disputes on the Jubilee Line Extension

We didn’t use blacklists when I was at Drake & Scull but we suffered the consequences. If we had used them there would have been at least a dozen people we wouldn’t have taken on and we’d have saved millions of pounds.

The way the programme ran we could not confine our workforce to the 140 electricians we had planned, and it grew to 660 at its peak. The group of workers that caused us problems used their mobile phones to co-ordinate their activities, which included intimidation and assault. It was pretty nasty – after the day shift finished work they’d go to the pub and then come back to assault the night shift staff for working too fast.

I had the wives of workers phoning the company to say their husbands wanted to come into work but were terrified of being beaten if they did.

The police and union officials both told us that they would have advised us not to employ these people had we gone to them first.

So I can totally understand why firms feel the need to use blacklists. The obvious weakness is that you can never be sure the information is correct, so it can be a vigilante system, which is why I have always refused to use them.

‘I’m convinced there are other blacklists’

Colin Trousdale
Colin Trousdale, 50, is an electrician who believes he is on the blacklist and has lost up to six years of work These firms need to be held accountable – they can’t fob this off on some clerical error or onto junior staff. Someone paid an annual fee and authorised payment, and I know I’m not alone when I say I want to see them held responsible.

Our civil rights have been infringed. If the companies are served enforcement notices and they breach them, they’ll be fined £5,000, but what’s £5,000 to some of these firms? They can’t be allowed to just get a slap on the wrist.

I want to go out and work and keep a roof over the head of my family. It’s all I’ve known – ever since I started out on 12 August 1974 as an apprentice electrician. I don’t know how to provide for my family any other way.

They might have closed the list down, but it’s too late. The firms already know who I am now – they’ve got the information they need.

Michael Glackin says the use of blacklists is indefensible

Whatever views you have on this seedy affair, one thing is certain: major construction firms broke the law by paying for information on their employees.

I daresay employers are well advised to do a bit of homework on potential employees. But the line between verifying someone’s qualifications or employment record and operating a blacklist is not a thin one.

What has been exposed is a well co-ordinated practice that owes more to the techniques and morals of the Soviet Union than prudent employers.

Contractors who supplied and availed themselves of private dick Ian Kerr’s services have denied hundreds, perhaps thousands, of people the right to earn a living and provide for their families on the basis of largely unverified information about their characters.

Those on the list were not in a position to defend themselves. Some site workers whose sporadic employment in recent years has led them to believe they are on the list often did little more than complain about lax safety standards.

It remains to be seen what other unsavoury facts may emerge in the coming weeks. But coming hard on the heels of the – albeit overblown – OFT probe into price fixing these latest revelations drag the industry’s reputation down further.