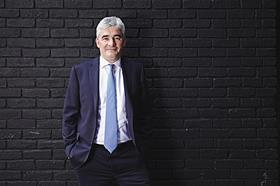 Wates has held preliminary talks with Shepherd about a potential acquisition of its construction business, Building understands.

A source close to the situation said Wates and Shepherd held speculative talks about a potential deal, although it is unclear whether the two sides plan to progress the talks and do a formal deal for all or part of the business.

Shepherd’s construction business includes its engineering services and facilities management divisions, but excludes several of the Shepherd Group’s other divisions, including Shepherd Homes and modular builders Portakabin and Yorkon.

Shepherd Group launched a review of its operations last December, after it reported a 12% drop in pre-tax profit for the year to June 2014 to £11.4m, on £686m revenue, and described the performance of its construction and engineering divisions as “very disappointing”.

Shepherd restructured its construction and engineering businesses last year and a number of directors departed, including managing director Phil Greer and southern regional managing director Mark Tant, who has since joined Wates to lead the firm’s residential division.

Wates chief executive Andrew Davies (pictured) told Building in September the £931m-turnover firm has plans to expand significantly, with a target of doubling revenue to £2bn over the long term.