Scheme is one of five pilots for Homes England 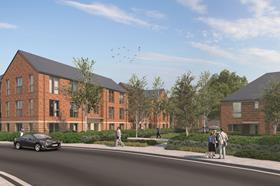 Wates has begun work on a residential scheme on the site of a former navy base on the south coast.

The development, named Daedalus Village, will see 120 private homes and 80 affordable homes built in Lee-on-the-Solent, near Portsmouth, on a plot previously occupied by the Royal Navy.

The scheme serves as one of five pilots for Homes England’s Accelerated Construction Model – an initiative allowing government to fast-track the building on homes on publicly owned land. Completion is expected in late 2020.

The site served as a base for seaplanes during the First World War and later became an administrative centre for the Fleet Air Arm, but was decommissioned in 1996.