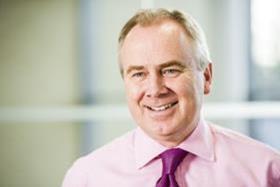 Wates has announced a shake-up of its construction leadership team.

Tant joined Wates four years ago and has been responsible for the development of Wates’ private residential projects in the capital, including its work for developer Quintain at Wembley Park.

Paul Dodsworth is set to take on the new role of regional managing director of construction in the north, which will see him oversee both the North-east and North-west regions as well as Residential North.

John Carlin has been promoted to the role of regional managing director for construction in the Midlands, from his current position as business unit director.

Dodsworth and Carlin will also report to Tant, with all the new appointments set to come into effect from the beginning of January next year.

The firm’s construction business accounts for more than half of Wates’ £1.6bn turnover with the arm posting an income of £935m last year.