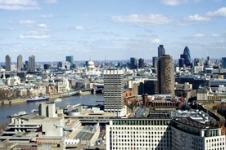 UK construction output will drop 2% in 2010 before making a shallow recovery over the next two years, according to the latest data from Experian.

Tony Williams, a construction analyst who helped compile the Experian forecast, and who runs consultancy firm Building Value, said the suggestion of a shallow recovery was not a good one for the industry.

He said: “For me, 1 or 2% either side of zero is pretty much flat and that’s sickening. We’re going to have worked for a decade to be back to where we were at 2002 levels. It’s pretty depressing. If it weren’t for the Olympics and infrastructure, imagine the situation we’d be in.”

Despite this assessment, Williams said there were encouraging flickers in the commercial market. “The buying and selling of real estate is going pretty well now and rents in the City have just risen, which is a good sign. It’s just going to be a long wait.”

The CPA forecast followed a 12% drop in construction output in 2009, the largest fall in a single year since records began in 1955.

If it weren’t for the Olympics and infrastructure, imagine the situation we’d be in

It confirmed that office, retail and other commercial projects had suffered the most, with a massive 26% fall in 2009 and a further drop of 15% predicted this year. Michael Ankers, chief executive of the CPA, also warned that the industry could face disaster if the public spending it has relied on comes to an end.

“Looking ahead,” he said, “the pre-Budget report confirmed that there would be sharp cuts in government capital spending over the next three years, and if these occur before there is any significant recovery in private sector construction, then there is a real danger that what we currently anticipate as being a three-year downturn will extend even further.”

Experian further warned that a lot of repair and maintenance work had been brought forward to 2009, in order to take advantage of the 15% VAT rate, which could leave the 2010 books looking sparse.

Meanwhile, Richard Kelly, construction partner at accountant BDO Stoy Hayward, warned that Revenue and Customs (HMRC) may lose patience with firms it had taken a “softly softly” approach with last year, which could lead to more insolvencies.

He said: “There were a number of corporate failures in 2009 but it was noticeable just how few there were compared with what was expected at the start of the year. A significant factor in this was the support provided to the sector by HMRC, with companies being given time to pay their tax bills; without this, many more would have gone out of business.”

Kelly added: “Given the pressure on government to increase the tax take, the tax man will not always want to play the role of the sugar daddy of the sector. At some stage, time to pay will really be time to pay.”

One construction boss contacted by Building also spoke of a change in tone from his bank. He said: “I was in a meeting yesterday and they were asking much more probing questions about our profitability. It’s clear the patience they showed last year as they sorted their own problems out is running out.”