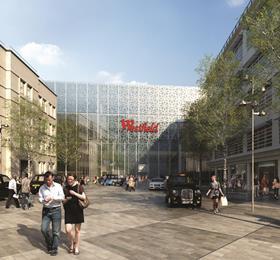 Building revealed Leonard Design Architects had been appointed in March, as well as cost consultant Sweett Group and engineer Waterman. Allies & Morrison have been retained after designing an earlier version of the scheme for Westfield.

The developers are aiming to hold a planning hearing next month.

Westfield and Hammerson united to form a joint venture in January, ending an 18-month stand-off between the two developers over control of the development site.

The Croydon scheme is the largest planned retail scheme in the UK. It will provide around two million sq ft of redeveloped space and will have a catchment area of around 2.5 million people in south London and the wider region.